10 Secrets of the University of Michigan

Often just called Michigan, the University of Michigan claims to have the largest body of living alumni of any school on the planet. You’d think, then, that its history and mysteries would be a bit more widely known. Not so.

This Ann Arbor institution—which, incidentally is not even the state’s largest college (that honor currently goes to Michigan State)—still possesses many well-guarded secrets and little-known facts. Madonna went there. It has a squirrel-feeding club. Suddenly, this isn’t just a public research university. It’s a place where legends are born.

Every college has a story to tell, and Michigan is no exception: it’s a big school with even bigger surprises. Here are 10 of the most compelling tales, myths, and truths about the University of Michigan.

The school wasn’t always called the University of Michigan.

The city of Ann Arbor has become almost synonymous with the university, but the school didn’t even begin there. It was founded in a modest building in what today is downtown Detroit, at the corners of Congress and Bates Streets. When more space was needed, administrators looked to Ann Arbor, where there was a ton of extra land being parceled after the city failed in its bid to become Michigan’s capital.

And did we mention the institution was founded in 1817? That’s right: the university managed to go almost two and a half decades before actually holding a university-level course. It never even held one at its first location in Detroit—nor for another four years after the 1837 move west to Ann Arbor. The first graduating class, in 1845, consisted of 11 men. Now, classrooms are a bit more crowded. Some 44,718 students enrolled in the fall of 2016.

A fraternity serves as the university’s army.

Sort of. Every year, the Theta Xi fraternity posts up on The Diag (Michigan’s quad) to protect the area from vandalism by rival Michigan State before the annual football game. Specifically, they defend the embedded “M” from pesky MSU students. As they say, “Defend the Diag.”

There are tunnels underneath the Diag.

Six miles of them. Built to house infrastructure such as steam pipes and later, fiber optics, the tunnel system under the quad is off limits to students and intensely protected by security. That hasn’t stopped some adventurers from finding their way into the underground labyrinth before, though: the author may or may not personally know someone who’s actually been down there.

The Fleming Administration Building, designed in the 1960s, is rumored to have been built to resist damage or threats from riots and demonstrations. The center is made from heavy brick, and its windows are more like the slits you might find in a castle or fortress. As always, industrious students have foiled campus security. Fleming has been “occupied” several times, and one university president is rumored to have fled through the trusty old steam tunnels.

That’s before he turned to the Dark Side, anyway. James Earl Jones, who provided the iconic voice for Darth Vader’s character, enrolled at Michigan as a pre-med student before switching gears and graduating from the School of Music, Theatre, and Dance in 1955. Jones isn’t the only Michigan student to make it big: President Gerald Ford (who played football for the Wolverines), Madonna (did not graduate), Google co-founder Larry Page, Lucy Liu, and Tom Brady all attended, among others.

The football stadium is the second biggest stadium in the world.

They call it The Big House. Michigan’s football stadium, when filled to capacity, would be the seventh-most-populous city in the state. The attendance record, set at a 2013 football game against rival Notre Dame (see below), is an incredible 115,109. Michigan Stadium is the largest stadium in the United States.

The Michigan football team started playing in 1879. In 1887, the squad traveled to South Bend, Indiana, to teach Notre Dame athletes the new game, and a match ensued. And they’re doing something right: Michigan and Notre Dame’s football teams are the first and second winningest programs of all time, respectively.

A man people thought was homeless plays live music on the Diag.

It turns out, he’s actually a university employee. Every day, a man who plays a washboard harmonica and shakes a rattle on one foot makes music for the students and faculty as they stroll along. After more than a decade of performing daily, he is an icon—and people now realize he’s not a gypsy who stumbled upon the campus. He is, in fact, Tom Goss, a research lab technician in the dental school, who just likes to play. 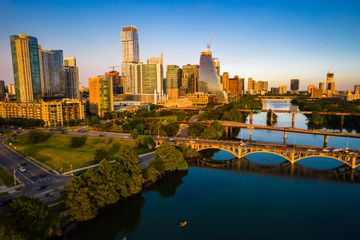 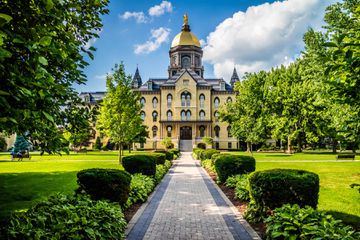 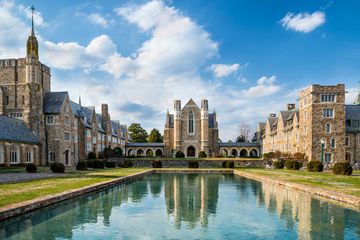 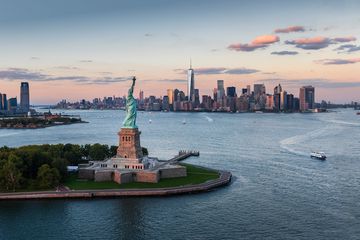