From the Royal Family's home in Windsor to ancient fortresses with historic moats, these castles are all a short journey from London.

When people think of castles, they often imagine far-flung palaces surrounded by endless acres of land in remote corners of the world. And while many castles are set on massive plots, plenty of others are located near bustling cities like London.

In fact, you don't even have to leave London to visit one, as the British capital is home to two major working palaces as well as the legendary Tower of London, a medieval fortress complex that's home to a castle, a prison, and several other buildings dating back to the Middle Ages (you can also view the Crown Jewels). Catch the Changing of the Guard ceremony outside Buckingham Palace, where the Royal Family lives and works. Nearby, Kensington Palace and its majestic gardens are worth a visit. Tour the palace, where Queen Victoria was born in 1819, and pay your respects at the Princess Diana statue in The Sunken Gardens. If time allows, head 30 minutes southwest of London to see Hampton Court Palace, the former home of Henry VIII and a beautiful baroque palace built in 1514.

If you're willing to go farther, here's a look at nine castles you can easily visit on a day trip from London, all reachable by car, public train, bus, or via an organized tour.

With more than 200 rooms on over 1,000 acres of rolling land, Highclere Castle is a Victorian gem located about 90 minutes from London. Highclere Castle is known as the real Downton Abbey, as it was used as the on-screen home of the show's Crawley family. Visitors are able to see some of the 12 bedrooms on the first floor, plus the lavish library, saloon, drawing room, and smoking room, among other parts of the property. Highclere has been home to the Carnarvon family since 1679 when it was rebuilt as a castle from the site of the earlier house, which dated to 749.

About an hour and a half from London, Blenheim Palace is a massive baroque masterpiece that served as the boyhood home of Sir Winston Churchill. It was built between 1705–1724 and gained UNESCO World Heritage status in 1987. Designed by Sir John Vanbrugh, the storied palace — which remains in the Churchill family — is regarded as the finest example of Baroque architecture in Great Britain.

Destinations in Europe You Wouldn't Think to Visit (But Really Should)

Complete with a moat, Broughton Castle gives off major medieval vibes. The castle, about 80 miles from London, is built of local Hornton ironstone and was once a center of opposition to Charles I. While the house dates to 1306, most of what people tour today dates from the 1550s. Broughton was used as a filming location for "Jane Eyre" and "Shakespeare in Love." The castle, just a 90-minute drive from London, has remained in the same family since 1447 and its house, garden, and tearoom are open to the public.

Family residence of King Charles III and Camilla, Queen Consort, Highgrove House is about a two-hour drive from London. After the then-prince arrived in 1980, Highgrove saw a drastic transformation in the gardens, which now include a center for organic farming and are a haven for wildlife. While the house, a Georgian neoclassical beauty, is not open to the public, the gardens welcome thousands of people a year.

Forty minutes west of London, Windsor Castle is home to the Royal Family and is the oldest and largest occupied castle in the world. Founded by William the Conqueror in the 11th century, the site has more than 900 years of history and has been home to 39 monarchs. The castle is open to guests throughout the year, and The Queen spent most of her private weekends there.

Two cool features of this castle: a moat and a maze. Just over an hour from London, Leeds Castle was formerly a palace for Henry VIII and his first wife Catherine of Aragon, a Norman stronghold, and the private property of six medieval queens. The maze has 2,400 yew trees and is set in a square, yet has a circular pattern when viewed from the air, which adds to its difficulty. After reaching the center, exit the maze through an underground grotto, complete with mythical forms.

It's hard to imagine that this grand castle is a mere hour south of London. Hever Castle, with 700 years of history and a double moat, was the childhood home of Anne Boleyn, the second wife of Henry VIII and the mother of Elizabeth I. The original medieval castle was built in 1270, while the Tudor dwelling and walls were added in the fifteenth and sixteenth centuries. The castle is set on 125 acres and is open daily.

Built starting in the 1080s to guard an important crossing on the River Medway, Rochester Castle consists of three floors above a basement, standing 113 feet high. In 1215, the site endured a siege by King John and was rebuilt by Henry III and Edward I. The castle endured three sieges in total and remained a fortress until the sixteenth century. Only 30 miles (or an hour's drive) from London, Rochester Castle is easy to tackle in half a day.

Located about 65 miles (or 90 minutes) from London, Arundel Castle has almost 1,000 years of history, overlooks the River Arun, and sports immaculate gardens that are worthy of a visit alone. The oldest castle feature is the motte, an artificial mound more than 100 feet high from the dry moat that was constructed in 1068. The castle has been the seat of the Dukes of Norfolk and their ancestors for over 850 years. 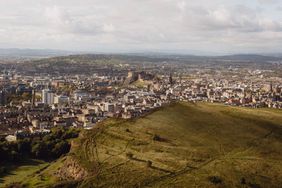 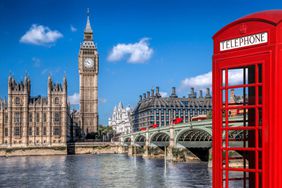 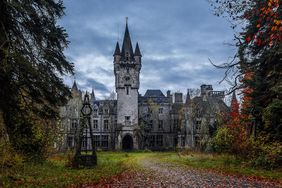 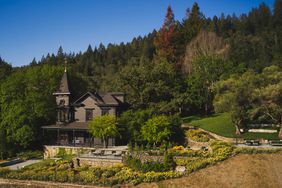 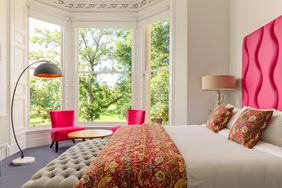