Universal Orlando Resort's Volcano Bay water theme park may issue large-scale thrills across its many waterslides, but there’s only one you’ll come home raving about.

Universal Orlando Resort's Volcano Bay water theme park may issue large-scale thrills across its many waterslides, but there's only one you'll come home raving about all summer long.

It's not easy to outshine the park's emblematic 200-foot Krakatau Volcano, a stunning sight that explodes with waterfalls into a massive wave pool, but the Krakatau Aqua Coaster does it.

While its plentiful drops provide some serious airtime, it's the process of speedily propelling riders back upwards that sets it apart, mimicking the motion of a roller coaster on land. After boarding Krakatau's four-seat canoes, passengers zoom throughout the expansive volcano, which pulsates with water by day and hosts colorful lava effects at night.

It feels like theme park magic, but it's made possible by linear induction technology. The attraction relies on magnets to push the canoe up and through Krakatau Volcano until it culminates in a final drop that's so fast and steep you won't believe you didn't need a seatbelt.

The 25 most thrilling and terrifying waterslides in the world

Water coasters have been star attractions at popular parks like Noah's Ark in Wisconsin, Typhoon Lagoon in Florida, and Schlitterbahn in Texas for some years now, but Volcano Bay's aqua coaster is different. Unlike its counterparts, which require a sky-high starting point as they careen slightly up and down throughout their gravitational descent, Krakatau boards just above ground level, utilizing only the induction magnets, not water jets, to push riders further and further up as the excitement builds.

This thoughtful and easy boarding process is just part of Universal Orlando's dedication to creating the ideal water park experience, one completely without rafts to carry or even queues to stand around in. Volcano Bay's virtual line system eliminates the need to get in line entirely; instead, guests scan a digital wristband to reserve their place in line for nearly all park attractions, including Krakatau Aqua Coaster.

Curious as to what one does while waiting for their turn without actually waiting? In addition to child-friendly water play areas, guests can hit the Wave Village pools at the base of Krakatau or partake in either of Volcano Bay's two lazy rivers: the serene Kopiko Wai Winding River or TeAwa The Fearless River, which has a rapids-like current. You could also stop for a meal, selecting from the varied and vast menus of island-inspired cuisine and Instagram-friendly temptations sold throughout the park.

The technological wonder of the Krakatau Aqua Coaster may stand out among Volcano Bay's other waterslides for being both exciting and family-friendly, but there are plenty of other noteworthy attractions worth holding a virtual spot for. The 125-foot drop and submerged dive of the Ko'okiri Body Plunge and rapid Kala and Tai Nui Serpentine Body Slides should delight thrill-seekers — if the dizzying walk to the volcano's top doesn't terrify them first. The six-passenger Maku Puihi and five-seat Honu raft slides are also twists on their usual formats, incorporating bowls and walls into slides for extra height and zero-gravity fright.

The Krakatau Aqua Coaster is still the best one we've ever seen — it's definitely changed the waterslide game for years to come — but rest assured knowing there's plenty to see and do at this water park utopia worthy of a visit. 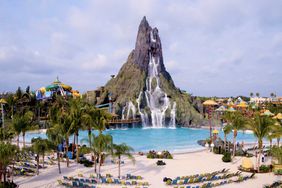 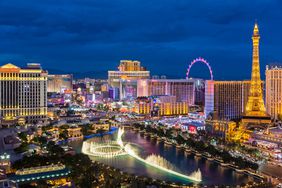 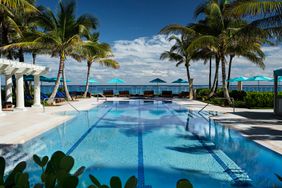