Here's your chance to see the magic before the park opens next month.

In 2016, Nintendo delighted gaming fans everywhere by announcing its plans to build a theme park called Super Nintendo World around its famous games in Japan. Though the project was hit with delays due to the pandemic, fans are getting a new glimpse of what the soon-to-open theme park will look like.

In early January, Universal Studios Japan shared a new virtual tour of Super Nintendo World, after releasing a finalized map of the park in late December. As Hypebeast reported, the tour takes guests through the theme park, showing off its colorful rides in motion, just as fans will soon get to see them in real life.

The virtual tour includes a glimpse of a few of the attractions, including Mario Kart: Koopa's (Bowser's) Challenge, and Yoshi's Adventure, both of which, Hypebeast reported, are part of the first phase of Super Nintendo World.

"Race your way to victory! Iconic Mario Kart courses have been brought to life with cutting-edge technology," the virtual tour of Mario Kart: Koopa's Challenge explains. "Challenge enemies with shells! Aim for the finish line with Mario and Peach! The world's first interactive Mario Kart theme park ride will leave you with a rush of adrenaline!"

For smaller children, there's Yoshi's Adventure, which the virtual tour explains as a space to hang out with Yoshi and "search for Captain Toad on a treasure hunt! Get a spectacular view of the Mushroom Kingdom from Mount Beanpole while having fun on this ride that's perfect for the whole family."

In the virtual tour, guests can also catch a glimpse of the world's dining experiences, including Kinopio's Cafe, which offers up tasty treats like Mario's Cheeseburger, Super Mushroom Pizza Bowls, Piranha Plant Caprese, and much more. There's also Yoshi's Snack Island, which serves sweet treats like yogurt lassi made with Yoshi's favorite fruits and topped with whipped cream.

Super Nintendo World is set to open on Feb. 4, however, travelers outside of Japan will have to wait for the lockdown to be lifted in order to see it in person. So, for now, just spend as much time as you want in the virtual world and plot out your every move on your future vacation. 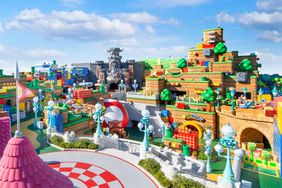 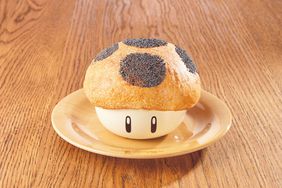 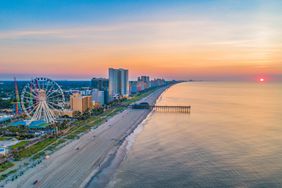 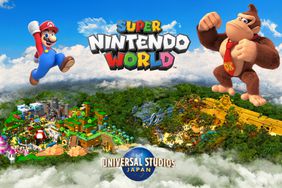 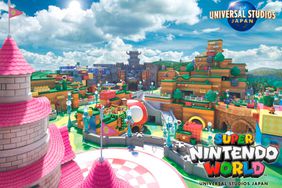