Puerto Rico Has 300,000 Homeless Dogs — and This Dog Rescue Is Making It Easier for You to Adopt Them

Safe and Sound Satos has a home base in New York City, but the organization is making its biggest impact 1,600 miles away.

When Sally Izzo went on vacation to Rincón, Puerto Rico, with a friend, her only objectives were to relax and catch some waves. The coastal town on the west side of the island is well-known for having some of the best surfing beaches. She had no idea that she would come home with a 10-week old rescue puppy — and an itch to save more.

“I already had puppy fever, and really wanted to get a dog but knew nothing about rescuing,” said Izzo. “I found a breeder, and had a check written out, but, for whatever reason, before I left, I didn’t send the check.”

While in Rincón, she says the neighbor living in the house next to where she was staying found a box of puppies and was nursing them back to health. At first, she just went over to play with them, but when the female runt of the litter literally latched on to her and wouldn’t let go, she knew this was a bond she didn't want to break.

Currently, the Humane Society of the United State estimates that there are more than 300,000 unowned dogs living in Puerto Rico. When Izzo's neighbor told her that “not every dog gets their chance, and if you feel a connection with this dog, you might be the only one who is willing to adopt it,” she knew she couldn’t leave without her.

“This is my dog!” Izzo recalls thinking in that moment she first met the pup she would later name Monkey. “I had to take her home, and so, I did. This was my first step in falling in love with Satos.”

If you haven’t heard the term sato, it’s a regional term used to label the mixed-breed street dogs of Puerto Rico. Izzo characterizes them as a breed all their own. (Oftentimes, genetic testing results will classify them as an American Village Dog, she says, which is kind of a catch all term for this mixed breed. But Satos tend to come from terrier, chihuahua, and chow chow lineage, and, to a lesser degree, labradors.)

“Satos are hearty and healthy,” said Izzo. “They’ve made it through a tough life living on the streets.” They are typically about 30 pounds or less full-grown for a perfect medium-build city dog, she added.

A few years later, back in the states, Izzo, who is a TV news producer, was helping cover the devastation of Hurricane Harvey in Texas and soon after Hurricane Maria in Puerto Rico. “I saw so many imagines of animals that were just abandoned; left behind,” she said. “They drowned in the water. It was really horrible so I asked how can I help.”

Izzo contacted several local Texas rescue organizations and began fostering in-need animals. Then she turned her attention to the sato dogs that stole her heart in Puerto Rico. The stray dog situation in Puerto Rico was bad before the hurricane, and the problem was only getting worse. Without power to much of the island for months, shelters and veterinary clinics were not able to spay or neuter, leading to more and more dogs roaming the streets.

The Sato Project, a Brooklyn-based organization rescuing Satos, was her first call, and Izzo soon began dedicating much of her free time to fostering, helping fundraise, and running the project’s social media.

When a cousin living in Florida expressed interest in rescuing a sato, too, Izzo knew she’d have to go grassroots to find her a match, as The Sato Project only adopted to local tristate families. She began diving deep into Facebook groups filled with independent rescuers from Puerto Rico — everyday people who do the best they can to help aid and find homes for local strays — when she stumbled upon a foster named Jerika Lopez Romero, a woman who would eventually become her partner, and a dog she was nursing back to health. Izzo’s cousin was matched with her Sato, and Izzo and Lopez Romero found a resourceful match with each other.

The two women remained in contact: Lopez Romero and other locals would rescue and get the dogs medical attention, then provide a stable home while they adapted to their new life. Once healthy enough to travel, they’d get on the next flight to New York City where Izzo would take over, helping to find foster parents or forever homes for the lucky dogs.

“Previously, with a lot of these independent rescuers, their best hope was that the dogs will be able to fly to a no-kill shelter in U.S.,” she explains. But Izzo knew the system they were creating was working: After reaching her, the satos would get adopted within weeks. “We adopted one out, then two, then three,” she said. “We started an Instagram account, and it snowballed from there. It’s been a year and a half since we rescued our first dog together, and since then, we’ve saved 450 dogs.”

Social media — using Facebook to find dogs who need help and Instagram to get the word out about adoption — has been an irreplaceable tool, according to Izzo. “We wouldn’t exist without it,” she said. In fact, it’s technology, and its ability to quickly connect people, that keeps Safe and Sound Satos afloat during desperate situations.

When a dog is found that needs immediate medical attention and the organization doesn’t have all the funds necessary to cover the vet costs, Izzo takes to Instagram Stories to ask for help via PayPal or Venmo. “Before if you wanted to donate to an org, you had to write a check and mail that check in — it’s a process,” she said. “But Venmo has turned into this quick payment method everybody has access to.”

Izzo emphasizes that no donation is too small, because they all add up — and that's her same mentality when it comes to helping Puerto Rico’s stray dogs. “We can’t save them all,” she said. “I’m not going to eradicate the problem, but every single dog that I save, it doesn’t only change that dog’s life, it changes the family’s who takes the dog.”

“When I see people are the airport who are meeting their dog for the first time — there’s nothing better. It’s the best feeling in the world.” 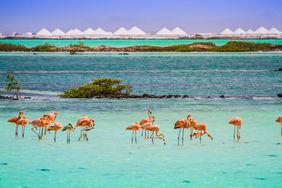 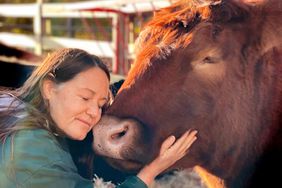 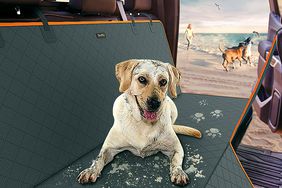