Happy Birthday An An!

A very special panda reached a milestone birthday this year.

An An, whose name translates to "peace," was born in the wild in Sichuan, China in 1986 and was given to the Hong Kong government by China in 1999 with his mate and has been in Ocean Park's care ever since, according to CNN. The park celebrated his birthday with a Haagen-Dazs cake, bamboo shoots, and other treats that he enjoys, like sweet potatoes, carrots, pears, and Fuji apples. The park usually gives An An and its other animals icy treats to help keep them cool in the summertime.

Typically, giant pandas in the wild live to be between 15 and 20 years old, but Ocean Park stated that pandas in captivity can live upwards of that, around 30 years. Since An An has reached his mid-thirties, that would make him 105 years old in panda years, CNN reported.

According to USA Today, giant pandas have been reclassified as "vulnerable" rather than "endangered" thanks to rising populations in the wild. China's Ministry of Ecology and Environment stated that there are now over 1,800 giant pandas currently living in the wild. This encouraging data comes from China's many decades of conservation efforts, including banning the trading and poaching of wild pandas. Siberian tigers and Asian elephants have also seen rising population numbers, USA Today reported. 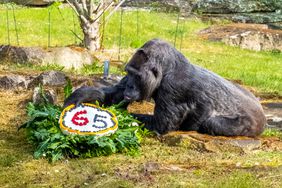 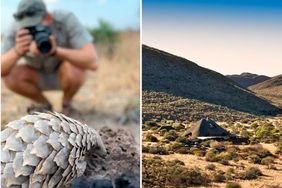