The Cross River gorilla is the world’s most endangered gorilla subspecies, with only an estimated population of 300 left in the wild.

Conservationists have captured the first-ever images of a group of Nigeria’s ultra-rare Cross River gorillas.

The images, released by the Wildlife Conservation Society (WCS), depict a group of the world’s most endangered gorilla subspecies and provide hope for the species as the gorillas are seen with several babies on their backs.

The Cross River gorilla is the world’s most endangered gorilla subspecies, with only an estimated population of 300 left in the wild. They are incredibly shy of humans, because of “a long history of persecution,” according to the WCS.

The animals are only found in an isolated region on the border between Nigeria and Cameroon, in a deep and inaccessible part of mountainous forest. For the past few years, humans have only noted their existence through nests, dung, and feeding trails.

"I am very happy to see these wonderful pictures of Cross River gorillas with many babies in our forest,” Otu Gabriel Ocha, the chief of Kanyang I, a nearby village, said in a WCS press release. “This shows that our conservation efforts in partnership with WCS are yielding fruits. I hope that we can continue these efforts so that we can pass the heritage to future generations."

These specific images were captured by a camera-trap in Nigeria’s Mbe Mountains, home to about one-third of the world’s Cross River gorilla population. The area has been a community wildlife sanctuary since 2005 and the first Cross River gorilla action plan was developed in 2007. Now, the gorillas, and several other local species, are protected by a team of WCS eco-guards who patrol the sanctuary against hunters and illegal cutting of trees. 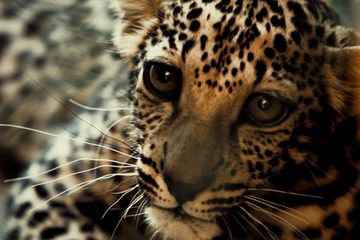