A fisherman in Maine found the ultimate surprise in his net when he pulled up a two-toned lobster. The crustacean, which came up with one side black and one side red, is a one-in-50-million find, CNN reported.

Fisheries scientist Matt Thaluhauser told CNN the lobster’s unique appearance likely comes down to a rare genetic mutation. And, as Bob Bayer of the Lobster Institute in Maine once explained, all the bifurcated lobsters are also hermaphroditic, meaning they have both male and female sex organs.

“We’ve seen some pretty cool lobsters in our marine touch tank over the years, but this one might be a first,” Maine Center for Coastal Fisheries wrote in a Facebook post, along with a photo of the lobster. “Thank you to island fisherman, Captain Daryl Dunham, F/V Force of Habit, for sharing this unique lobster with us.”

The lobster, of course, will be saved from becoming someone’s dinner and will instead live out its days at the marine center. There, CNN reported, it will share a tank with two calico lobsters, which account for one in 30 million lobsters, as well as a blue lobster, which accounts for one in 2 million. As the scientists told CNN, the odds of these lobsters sharing a tank together are one in 90 octillion.

There is, however, one lobster even rarer that is missing from this incredible crew. According to News 8, albino lobsters exist. The odds of finding one of them? About one in 100 million. That means you’re far more likely to be struck by lightning than you ever are of catching an albino lobster. If you do happen to find one, make sure to donate it to a local marine center, then go play the lottery immediately before your luck runs out. 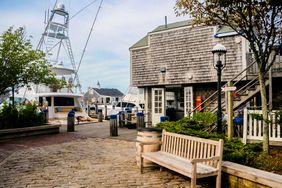 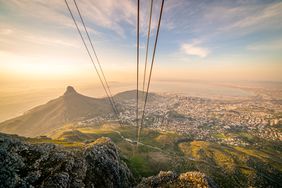 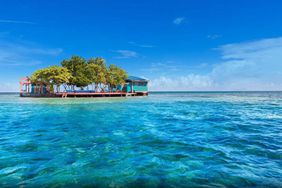