Here's how to make sure your dream elephant experience is an ethical one.

If you ever meet my friend Jess, you’ll notice a few things about her. She has an almost undetectable South African accent. She’s a bit shy but vibrant. And when she inevitably uses her hands to talk, you’ll see the elephant tattoo on her wrist.

Over the past year, as we’ve traveled the world together with Remote Year — building our careers alongside our friendship as we move to a new country every month — I’ve listened as each person she meets asks about that black outline of a friendly giant. In hindsight, she says she might not have picked such an obvious spot. Perhaps she would have placed her favorite animal on the back of her neck, where she inked the outline of her home continent.

This past January, Jess’s birthday month, we were living in Chiang Mai. So I and another one of our friends, Elizabeth, had the idea to surprise her with a trip to Elephant Nature Park, a sanctuary just over an hour away in northern Thailand. There, I expected to watch Jess overflow with happiness, but I didn’t foresee how much the experience would impact me. In fact, I found myself tearing up on the van ride back, feeling a deep empathy for the cruelty too many elephants experience around the world.

At Elephant Nature Park — and many rehabilitation centers in Southeast Asia — elephants that were once held in captivity are given a second chance at a healthy, normal life. The remnants of tumultuous pasts are visible on many of these giant creatures, in scarring, blindness, and even the hesitant, anxious fear of being beaten. It’s an unfortunate reality the center’s estimated 140,000 yearly visitors must face. And unfortunately, one that will take time to improve, since a photo atop an elephant is still an image many tourists can’t wait to post.

To make an elephant “rideable,” the founder of Animal Experience International Nora Livingstone explained to me, is a grueling process, and often one that begins during infancy and results in the separation of an elephant family. “A baby is taken away from its mother and tortured until it’s broken and timid. Elephants that are used in tourism are often chained up by themselves,” she continued. “Imagine being a 5,000-kg social animal and only being allowed to walk two steps in either direction because of a chain around your leg that digs into your sensitive skin and causes you to bleed. And now, imagine being completely alone [away] from your family.”

This practice isn’t just native to Thailand but is common in many parts of Africa, too, according to the CEO of Trafalgar, Gavin Tollman. He explained that there are 415,000 wild elephants left on this vast continent, a striking (and shameful) decline from the 3.5 million that roamed at the start of the 20th century. Here, in addition to being captured for tourism, they are also hunted for their ivory tusks, with little to no current regulation to stop poachers. And even with laws, hunters discover loopholes.

The torture of elephants is also rampant in India, so much so that it has a unique name, according to Kartick Satyanarayan, co-founder and CEO of Wildlife SOS. The process used by abusers is called phajaan, she explained, which translates to “breaking of the spirit.” This results in a form of PTSD: “Many elephants used for riding in India have been observed as displaying behavior indicating extreme mental distress and deterioration, such as head bobbing and swaying,” she said.

Comparisons have been made between elephants to horses — arguing the same riding experience applies — but as Livingstone explained, the biology of these two animals is vastly different. “There are no elephant rides that are ethical,” she said. “All the elephants that have humans on their back experience stress and pain in their vertebrae. Elephants have evolved to have very strong shoulders and necks, but not for pressure directly on their spines.”

How to Vet Your Elephant Experience

As travelers who seek out elephant encounters, it’s our responsibility to protect these creatures. Many tourism companies, like Trafalgar and Contiki, are taking measures to ensure they never offer experiences that endanger or harm any animal. In fact, Trafalgar partnered with World Animal Protection to phase out many popular activities like bullfights, captive whale or dolphin attractions, and, of course, elephant rides on its tours. By booking ethical cultural immersions, you help to end this mistreatment and potentially help a species that’s quickly growing endangered.

On the Tiger Trail in Central India

The vast majority of elephants used for riding or other captive for-profit situations are taken from what is left of scant wild populations. “If we want to protect elephants as a wild species, we need to reduce the demand for markets where elephants are exploited for human amusement, and thus impact the black markets that support the poaching of wild elephants,” Satyanarayan said. “It’s important to know that your desire to ride an elephant is affecting their ability to survive in the wild, and their numbers are already painfully low.”

So how can you read between the lines of advertising to ensure you’re booking with a reputable, humane company? Satyanarayan warns against trusting phrases like “rescued elephants” or “eco-tourism” because many disreputable enterprises have learned to use those catchphrases to entice well-intentioned tourists. She explained that an actual sanctuary that protects and rehabilitates elephants would never allow the following: elephants rides, forced performances or tricks, or anything intended to humiliate. They would also never use any sort of bullhook, spear, or sharp object to lead the elephants. “A reputable sanctuary will keep the interests and welfare of the elephants first and foremost. They’ll have veterinary staff on hand. And they’ll be known for truly rescuing elephants from abusive situations,” she said.

During our visit, Jess, Elizabeth, and I fed the elephants bananas and sugarcane. We walked side-by-side with them through the rainforest toward a watering hole. A calf tried to sit in my lap to cuddle, which was equal parts amazing and terrifying. We helped wash them and watched as they covered themselves in dirt right afterward, an innate sun-protection measure.

In other words, we merely existed among the elephants. And, trust me, that was enough to capture my heart and get that all-important photo for my Instagram feed. It was an experience the three of us still talk about, and one so special that Elizabeth took her father to visit, too, a few weeks later. Though our schedules didn’t allow, this center also offers the opportunity to live for free in exchange for a week (or two weeks) of volunteering with the elephants, giving you an even more in-depth perspective.

While I can thank Jess for a lot over the past year — the redesign of my website, a thicker skin for sleeping in hostels, and, at times, the preservation of my sanity — one of the greatest gifts she’s given me is a new dedication to humane tourism. I had never thought much of elephants until that day, and now, I’m counting down the weeks until we venture to her home country of South Africa to visit Kruger National Park in October. There, I might be lucky enough to see an African elephant in its natural habitat, but I don’t ever need to ride one. I just want to watch them be free, happy, and, OK, adorable.

Where to Have Ethical Elephant Experiences

Satyanarayan, Livingstone, and Tollman gave the seal of approval to these elephant sanctuaries worldwide. 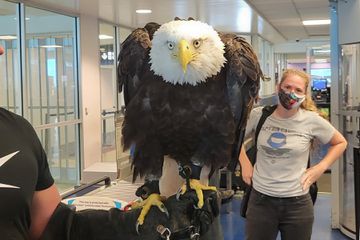 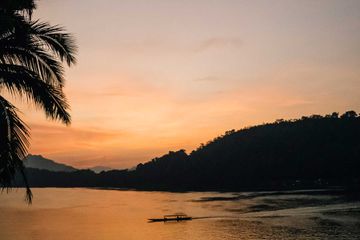 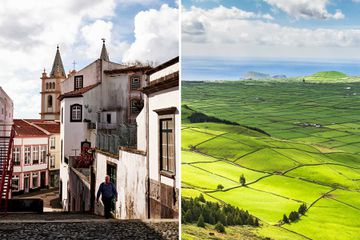