Running into wildlife can be quite a grizzly experience. Especially when the wildlife is bent on taking over your car.

Chad Morris, a barbershop owner from Kentucky, had an interesting encounter with a black (luckily not grizzly) bear cub in Gatlinburg, Tennessee, last Thursday when he found the animal climbing into one of his car windows, ABC 6 WATE reported.

As Morris looked on in shock, two more cubs approached the vehicle, and one climbed right into the driver’s side window, as momma bear watched them nearby.

Morris posted about his encounter, with pictures, on Facebook saying, “Is this real life...tell me we are being punked...3 bear cubs in my car and the momma just lurking!”

Morris had told his friends he wanted to see a bear while they were in Gatlinburg. Clearly, he got more than he bargained for.

Morris had the common sense to keep his distance, since getting too close to the bears can be very dangerous.

The bears eventually went on their way, according to NBC 14 News. Morris said that one of the bears managed to take a “chunk out of the seat,” though. There were no injuries.

The bears in Gatlinburg, by Great Smoky Mountains National Park, aren’t exactly shy. For instance, there was a bear that took a dip in someone’s hot tub. And a bear that was stealing pizza off tables in a restaurant. And a bear that snuck into a Margaritaville Resort.

Bear sightings are very common in the Great Smoky Mountains, especially in the spring and summer.

If you're visiting the park (or anywhere else with bears), remember to always keep a safe distance (intentionally approaching a bear within 50 yards is illegal in the park), and to familiarize yourself with what to do if you accidentally get too close.

“This won't happen again,” Morris told ABC 6 WATE. “It's like I want to be reminded every time I get in this car that a bear was in here trying to drive my car.” 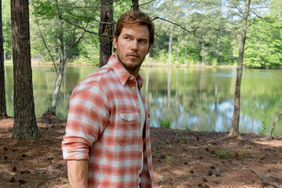