The cute creature was reportedly being transported as part of a "wildlife conservation effort."

While many U.S. airlines are banning emotional support animals on flights, a baby kangaroo somehow managed to hop inside a plane traveling between North Carolina and Virginia. Now, the video of the adorable encounter is making waves on the internet.

A brief video captured by Bobby Weston, a PSA Airlines flight attendant, was shared on Instagram, showing the marsupial hopping down the aisle toward a man with a bag.

Off camera, a voice can be heard, saying, "He'll follow you. Just go ahead and go." The person later adds, "You can go much farther, see. Keep going. He wants to hop." Meanwhile, the masked man moves further down the aisle, dangling the bag and encouraging the baby kangaroo to follow him.

The video was posted to the AA Stews Instagram page — an account that features flight attendants from American Airlines, PSA's parent company. According to the page, the kangaroo was there as part of a "wildlife conservation effort." American Airlines later confirmed this information with Fox News.

"As part of an animal conservation effort, the baby kangaroo flew on American Airlines flight 5626, operated by PSA Airlines, from Charlotte (CLT) to Newport News, Virginia (PHF) in the cabin along with his handler," an American Airlines spokesperson wrote via email.

Earlier this year, American Airlines announced that it would no longer allow emotional support animals to fly for free on its flights. The new rule, which goes into effect on Feb. 1, will require passengers traveling with an emotional support animal to bring them as a carry-on, which comes with a fee of $125, or as cargo, according to the airline. American Airlines also limits the types of animals that can travel in the cabin to certain dog and cat breeds.

As for this baby kangaroo, it's unclear as to why it was allowed to board the mostly empty cabin. What is clear, however, is the immense cuteness of the creature. 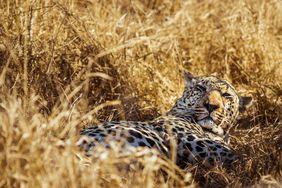 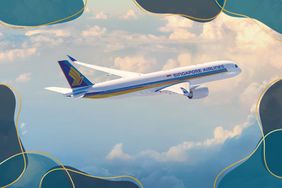