For most, a trip to Atlanta might include a stop at the Center for Civil and Human Rights, a visit to the city's botanical garden, and a couple nights at a perfectly nice hotel — but those in the know, know that tucked away in the heart of East Atlanta is a once-in-a-lifetime Airbnb experience.

We're talking llamas, a treehouse, and lots of bamboo.

Guests who book Kara O'Brien's "alpaca treehouse" or "llama cottage" stay in a bamboo forest that's home to two llamas and four alpacas who meander around the backyard-turned-urban-farm alongside the property's guests.

It's an experience that's hard to beat — and it hasn't been overlooked by Atlanta travelers who have made O'Brien's treehouse the second most "wish-listed" Airbnb in Georgia, an Airbnb spokesman told The Atlanta Journal-Constitution. Hollywood has taken notice as well, with O'Brien's Airbnb listing noting that Kevin (Probably) Saves the World and Treehouse Masters have both filmed at the property.

"It's a place where people can come together and celebrate each other and are really happy," O'Brien told The Atlanta Journal-Constitution, "and that's something that we didn't really expect when we started."

The Atlanta Journal-Constitution reports that O'Brien bought her first alpaca in 2014 and that all six animals are essentially rescues since some had health issues or were kept in poor conditions before coming to her property.

Visitors to Atlanta who aren't lucky enough to book the popular property can enjoy an Atlanta Llama Alpaca Experience for $50 a person. 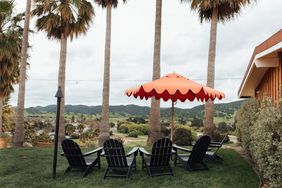 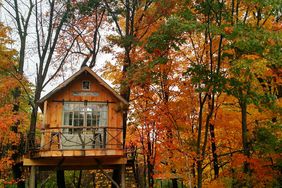