In the hills outside Seville, one travel journalist meets the very special pigs raised on acorns to become jamon ibérico, one of Spain’s most prized culinary products.

In Andalusia, they say “the hog is king of the dehesa,” the dehesa being the oak-studded landscape in the foothills west of Seville. On a bright fall day, Antonio Perez yodeled across his family’s 600-acre farm, Finca La Barra, and el rey came running — the long-legged, gray-skinned, bristly backed hogs that are indigenous to the region. The animals had a feral look and clicked past us on feet as black as witchcraft. The pata negra, or black hoof, is the breed’s genetic signature, its mark of nobility. Air-dried ham is a sacrament in Spanish cuisine, and these pigs fed on acorns, or bellotas, would become the most exalted version: jamón ibérico pata negra de bellota.

Acorn season is a festive time in the mountain villages around Jabugo, a traditional center of artisanal ham production. When fall rains summon wild mushrooms from the soil and yellowing oak trees drop their rich harvest, the area has a kind of second spring — a season to eat and drink to the king.

I had flown in to Seville, the regional capital, the day before my visit to the dehesa, in order to try the ham on the plate before meeting it on the hoof. By 8:30 p.m., the city’s sit-down restaurants had just opened. At the tapas bars, which still overflowed with a pre-dinner crowd, it was easy to find jamón ibérico, sliced thin as lox. The popular places are mostly traditional and mostly good, including Bodeguita Romero and the atmospheric El Rinconcillo, which has been in business since 1670.

Culinary-minded adventurers head to Espacio Eslava, not far from the giant open-air wooden pavilions known as Las Setas (“the mushrooms”) in La Encarnación Square. Eslava’s marble counter is tended by barmen as tidy as Swiss train conductors, and they do traditional sevillano tapas exceptionally well. Alternatively, you can have your mind blown by the kitchen’s inventions, such as huevo con boletus, a wild-mushroom “cake” topped with egg yolk and salted-caramel sauce. Nearer the cathedral, the restaurant Torres y Garcia likewise skews contemporary. The night I ate there, the menu of nueva cocina rustica — updated farm-to-table cooking — included grilled cabbage, pumpkin pizza, and a highly seasoned, lightly grilled piece of fresh pork, a delicious by-product of the ham industry.

The next morning I met Maria Castro Bermúdez-Coronel, the free-spirited daughter of aristocratic landowners and director of communication for ham producer 5J. The company’s name is pronounced thin-ko ho-tas, in the thick Andalusian accent, and it’s seen as something like the Dom Pérignon of pata negra, because of its combination of craft and scale. For my visit, Bermúdez-Coronel had created an itinerary designed to illustrate the ham-making process from piglet to plate.

On the 90-minute drive to Finca La Barra, which raises hogs for 5J, Bermúdez-Coronel talked me through the fall farming calendar. “Normally the first rain comes in September,” she said. “We count twenty days, then everyone goes out mushroom picking.” Favorite varieties include boletus, chanterelles, morels, the delicious Amanita caesaria, the more commonplace níscalos, and a lanky oddball called gallipierna, or “chicken leg.”

Alas, my visit coincided with a dry spell, so mushrooms were few and far between. Still, we tried. Bermúdez-Coronel had arranged our first stop with the dual purpose of meeting hogs and scouting wild edibles. Perez, as he walked out to greet us at Finca La Barra, looked as squarely built as the whitewashed ranch house behind him, although his sleek hair and long-lashed amber eyes carried a suggestion of glamour. “He looks like a matador,” Bermúdez-Coronel said approvingly. (Later I learned that fighting bulls are also raised in this area. Grazing in the knee-deep grass that follows rain, they keep the woodlands open and well fertilized.)

The Iberian hog supports an entire agricultural economy, Perez explained as he drove us across the rugged property on a barely-there road. A boar is known as un macho and typically fathers many hams. A sow produces two litters of six to eight piglets per year. Each piglet, fattened on acorns and grass, represents money in the bank. (Corn-fed pigs, by comparison, produce “industrial” ham — beneath contempt.)

At one point Bermúdez-Coronel singled out a holm oak from the hundreds in sight, and Perez brought down a hailstorm of acorns with a well-thrown stick. Beneath the peelable hull and bitterly tannic inner husk, the interior nut was mild and sweet. “Any time you see an oak tree without acorns on the ground, that is the best one,” Bermúdez-Coronel said. The king selects the sweetest acorns first.

In the historic center of Jabugo, the buildings are made from porous, nougat-colored local stone, which conserves heat in winter, and are whitewashed to better reflect the summer sun. When I stepped out of the car at 5J, the light felt like a physical force. I fled into a salon where oak logs flickered in a baronial fireplace. There, mounted in a wooden holder, was the object of my trip: a cellar-aged ham from an acorn-fed hog, its black hoof still attached as proof of authenticity. A skilled carver pulled his thin knife across the ham like a violinist’s bow and handed me a ticket-size slice: deep red, white-marbled, translucent as stained glass, its heart-healthy fats liquefying between my fingers.

Bermúdez-Coronel and I donned coveralls and hard hats for a tour of the bodegas, or cellars, beneath the tasting room. Hams were everywhere, by the thousands, by the tens of thousands. Curing is done by hand and takes at least two years, sometimes up to six. At the end, an inspector decides if the ham can be sold. Manuel Vega Dominguez, known as Inspector 52, happened to be on duty during my visit, and I watched as he laid his fingers on one specimen, like a doctor palpating a delicate patient. “Duro” (hard), he wrote in his notes, and sternly set it aside.

The inspectors are known as “ham sniffers” because they work with their noses as much as their fingers. Dominguez stabbed each ham he touched with the tip of a thin skewer, lifting it to his nose for a whiff. He paused over a paleta, a cured front leg. It smelled slightly different from the previous approved hams, and that difference was its flaw. “If it doesn’t smell like the bodegas,” Inspector 52 said, “it’s not 5J.”

That afternoon, Bermúdez-Coronel took me for a special lunch in the lost-in-time hill town of Linares de la Sierra. We left the car outside the village and walked through steep cobblestoned passageways to Restaurante Arrieros. The food was the best I’ve had in half a dozen trips to Andalusia. Chef Luismi Lopez sent out tomato soup seasoned with liquid pork fat and a dollop of fig jam, a carpaccio made with ibérico (raw pork!), and chunks of pork stewed in a thick sauce of sweet spices. Pork was king of the table at Arrieros; dessert was a steamed pudding made of acorn flour.

On my last night in acorn country, I met Bermúdez-Coronel and her friends at Manzano, a modest tapas bar in Aracena. The chalkboard menu included a welcome surprise—vegetables. I ordered braised artichokes and asparagus a la plancha to go with my ham. The ham arrived, and we ate. Then the artichokes and asparagus arrived, each platter covered in ham. The locals laughed uproariously at my surprise. “In Spain,” one said, “ham is a vegetable.”

A version of this story first appeared in the September 2022 issue of Travel + Leisure under the headline "These Little Piggies." 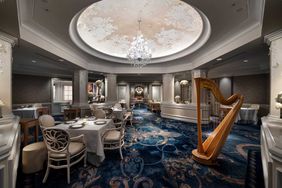 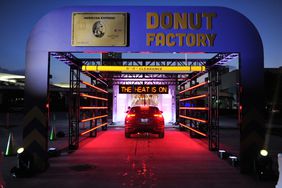 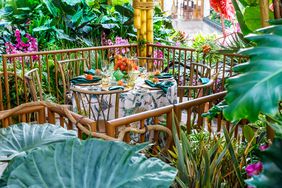 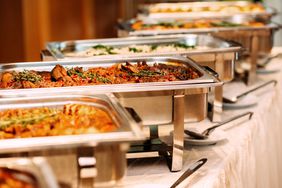