American Airlines teased its new Flagship Suites in an announcement today, as well as an upgraded premium economy seat.

American Airlines has announced the rollout of a new premium seat — the Flagship Suite — which will make its debut on American's upcoming Airbus A321XLR and Boeing 787-9 aircraft.  The first planes with the new suites will fly in 2024.

The suite, which will serve American's long-haul routes, will include privacy doors that section off its lie-flat seats (though, to be clear, the doors are the same height as the seats, so there's not full privacy). It'll also include more storage space than the existing Flagship First and Flagship Business seats.

American also plans to retrofit its Boeing 777-300ER and Airbus A321T aircraft with the new suites, which means that it'll be retiring the Flagship First seats altogether (they're only found on these aircraft) in favor of the Flagship Suites.

"We are enhancing the customer experience across their entire journey with American," American’s vice president of customer experience Julie Rath said in a statement released to Travel + Leisure. "The arrival of new long-haul aircraft and the customized seat design of the Flagship Suite seats will offer customers a truly private premium experience on our long-haul fleet."

American also announced a revamped premium economy seat, which the airline introduced in 2016, becoming the first U.S. carrier to do so. The new seat will double the amount of storage space as compared to the existing seat, as well as offer passengers more privacy through the addition of "wings" around the headrest.

Overall, American plans to grow its premium seating on its aircraft by 45% by 2026 — a pretty significant improvement. Pair that with the airline's recent announcement in which they committed to revamping all the U.S. Admirals Club lounges, and passengers will certainly be treated to an elevated experience on American. 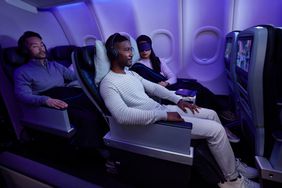 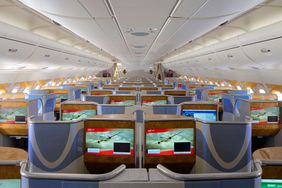