Get Ready for Cheap Flights to Iceland Again, Because WOW Air Is Making a Comeback (Video)

In early 2019, WOW Air, the airline made famous for its ultra-low-cost flights to Iceland, declared bankruptcy and ceased operations. The news was sad for tourists looking into travel to the nation, as well as for the nation of Iceland itself. That’s because, as Lonely Planet reported, the airline shuttled more than one-fourth of all international visitors to Iceland. But now it’s time to rejoice, as it appears WOW Air is about to make a comeback.

According to reports, the airline will soon resume service thanks to USAerospace Associates, an American company, which provided WOW Air with an $85 million investment.

Michele Ballarin, the chairman of USAerospace Associates, announced the investment in a press conference last week, according to Lonely Planet. However, she noted, while the airline will come back, there will be a few changes along the way.

According to Ballarin, the airline will keep its name and famous purple color. However, the relaunch will be slow, starting with just two planes in October. That number could increase to 10 planes by the middle of 2020.

And, in a bit of good news for travelers, the airline will now come with a few added perks, such as airport lounge access and some seriously leveled-up in-flight dining thanks to a new menu created by a Michelin-starred chef.

However, with these perks, there will likely be an increase in pricing. But, according to The Sun, prices may not be too much higher, as Ballarin noted she may also use the planes to transport cargo in an effort to keep fares a bit lower. No exact relaunch date has been set yet for the airline’s return flights, but it could come in just a matter of weeks. So, if you’re planning a trip to Iceland, maybe hold off on purchasing your tickets for just a few more days in case a good deal pops up. 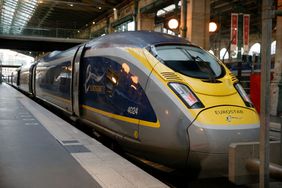 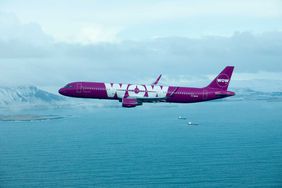 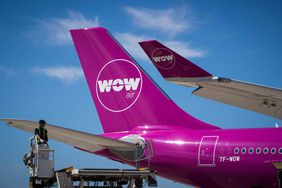