The jet's engine flew a test plane faster than the speed of sound.

"With a top speed of Mach 0.94, customers can reach their destinations faster than ever before, saving precious time. It marks the fastest maximum operating speed of any business jet," Bombardier spokesperson Matthew Nicholls told Travel + Leisure.

And that's not all — it'll also fly farther than any other business jet. "The Global 8000 boasts an industry-leading range of 8,000 nautical miles enabling customers to fly farther than ever before," Nicholls added. For context, that's just shy of the distance between Chicago and Sydney.

During its testing phase, the GE Passport engines that will power the Global 8000 actually flew a test plane to the incredible speed of Mach 1.015 — about 779 miles per hour, which is faster than the speed of sound. Most commercial aircraft only fly around 575 mph. And, even more impressively, the Global 8000 became the first airplane to go supersonic using sustainable aviation fuel (SAF) during testing. Though its maximum operating speed will be just shy of supersonic speeds, it'll still be the world's fastest aircraft in civil aviation. (Only the Concorde, which retired in 2003, flew faster.)

Somehow speed and range aren't the only industry-leading statistics for the Global 8000. "The Global 8000 also benefits from enhanced cabin comfort with new reduced cabin altitude, the lowest in the industry, offering customers the ultimate cabin comfort experience at less than 2,900 feet while cruising at 41,000 feet," Nicholls said.

Lower-altitude cabin pressure creates a more comfortable ride for passengers, providing them with more oxygen. And that's not to mention the Global 8000's other air quality controls; the jet is outfitted with Bombardier's Pũr Air technology and HEPA filters to clean and refresh cabin air faster than ever before.

Of course, comfort isn't limited to the air on board — the Global 8000 has four spacious zones, including a bedroom with an en-suite bathroom outfitted with a full shower. Other amenities include circadian-rhythm lighting to reduce jet lag, Bombardier's l'Opéra directional audio sound system, and 4K monitors. 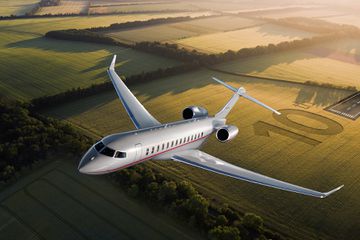 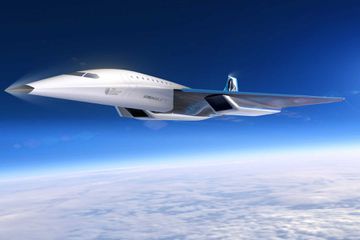 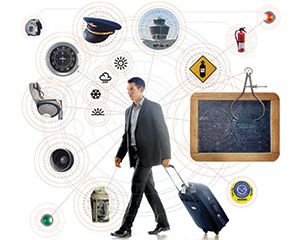 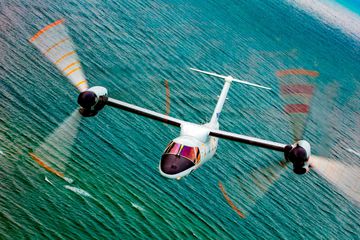 The First Civilian Airplane-helicopter Hybrid Could Soon Go Into Production 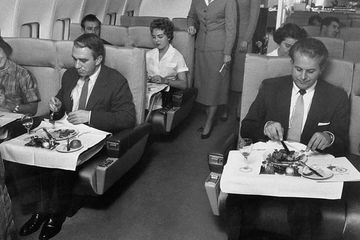 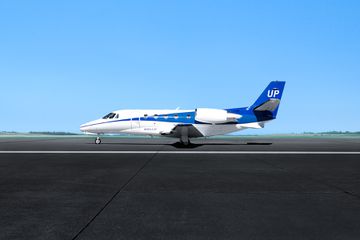