He vacations with celebrities, has been knighted for services to entrepreneurship, run the London Marathon dressed as a butterfly, been a guest on “Shark Tank,” and appeared in the Guinness Book of Records several times (including for the most people to ride a kitesurfing board).

He’s also started 12 companies that reached a billion dollars — it’s no wonder he wakes up at about 5:30 a.m. every day, doesn’t go to sleep until about 11 p.m. and drinks up to 20 cups of tea some days.

The 68-year-old entrepreneur, who according to Forbes, has a net worth of $4 billion, lives on Necker Island in the British Virgin Islands (where he famously hosted Barack and Michelle Obama for some post-White House relaxation.)

And while Branson dropped out of school at 15 years old (and struggled with dyslexia that made school hard), he didn’t slack off. He started his first business as a teenager: a student magazine. In 1970, he started Virgin as a mail-order record retailer before founding Virgin Records and opening up a shop on Oxford Street in London.

Since then, Branson — who loves to vacation in South Africa, Bali, Australia, and Kenya — has built a travel empire, navigating everything from the sky to the ocean to space. And the rest, as they say, is history.

Here’s a look at some Branson’s travel businesses and how you can get in on the action:

This 74-acre island in the British Virgin Islands — one of two islands Branson owns — is where the billionaire lives with his wife and often rides around on a golf buggy or electric bicycle. Necker Island boasts a Balinese-inspired eight-room villa and three smaller guesthouses and is a favorite vacation spot for celebrities like Steven Spielberg and Oprah Winfrey. You too can vacation like a celebrity — without millions in your bank account — on one of the island’s “Celebration Weeks” several times a year when Branson opens it up for people to rent individual rooms starting at $5,000 per night. Try your hand at kite surfing or stand up paddleboarding before settling in for a relaxing massage.

Branson doesn’t just own one private island, he owns two. And yes, you can stay on this one too. Take advantage of Makepeace Island’s jaw-dropping views (the island sits just off the Sunshine Coast of Australia) and exclusive-amenities like a helicopter landing area and tennis courts. The island also boasts great sustainability initiatives like organic produce, their own chickens and beehives and features vegan-friendly amenities. Exclusive use of the island starts at 10,000 Australian Dollars (or about $6,866) per night for up to eight adults.

Branson doesn’t like when hotels nickel-and-dime you. That’s why at Virgin Hotels — currently open in Chicago, Dallas, and San Francisco with more locations planned — there are no extra charges for things like pets (and no size or breed restrictions, for that matter), no up-charge for minibar items compared to what you’d find outside the hotel, and free WiFi. Branson plans to open hotels in Nashville this year, followed by places like New York City, Las Vegas, and Edinburgh, in the coming years.

While Branson says he doesn’t have a favorite business (I guess they’re like children in that way), he does tend to point to building his own airline as one of the achievements he’s most fond of. And who can blame him? When Branson founded Virgin Atlantic in 1984, he was focused on giving customers a choice — a “bright red, fun, friendly, fabulous choice,” according to the airline. More than 20 years later, Virgin Atlantic flies to about two dozen destinations on a fleet of 44 aircraft (Alaska Airlines acquired the Virgin America brand in 2016 and the companies fully merged last year). Like its record-breaking founder, a Virgin Atlantic flight from Los Angeles to London hit record-setting speeds in February when it was clocked traveling at a ground speed of 801 mph (or faster than the speed of sound.)

Imagine going from Miami to Orlando in two hours. That’s Branson’s plan with the start of Virgin Trains USA, which he launched in November after partnering with Brightline, a company that began in January 2018 with stations in Miami, Fort Lauderdale, and West Palm Beach. (Branson himself started Virgin Trains in the UK more than 20 years ago). Trains will be able to transport passengers between downtown Miami and the Orlando International Airport at speeds of up to 125 miles per hour. And Florida is only the beginning: the company has its sights set on connecting Los Angeles and Las Vegas with the hopes of cutting the four-hour drive down to only 90 minutes.

Hit the high seas with Branson’s cruise line, Virgin Voyages, one of his newest travel ventures. The first voyage, the Scarlet Lady, will set sail from Miami to the Caribbean for the first time in 2020. The ship will be environmentally friendly, banning all single-use plastics on board, instead offering Tree-Free and plastic-free products, including bath tissue, facial tissue, hot cups, paper towels, napkins, straws, bottles, and bags. And in keeping with Branson’s anti-nickel-and-dime policy, Virgin Voyages will feature free WiFi, free fitness classes, free gratuities, and free sodas in the price of a room.

If your idea of a vacation is less intercontinental and more intergalactic — and you happen to have $250,000 laying around — then set your sights on Branson’s commercial spaceline, Virgin Galactic. The company’s spacecraft VSS Unity took its second space flight (and first flight with a test passenger onboard) in February. Itching to take a ride yourself? Hundreds of people, including Ashton Kutcher, Leonardo DiCaprio, and Justin Bieber, have already put down a deposit for the chance of blasting off into space. 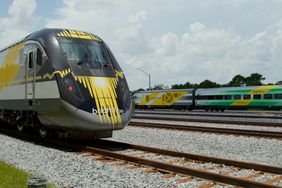 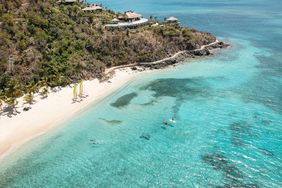 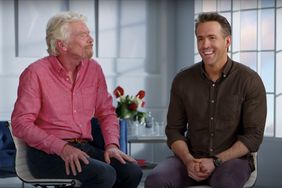 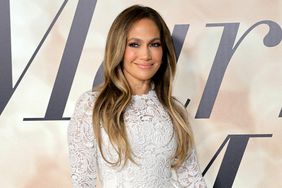 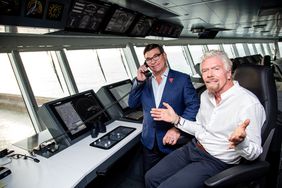