Here's everything you need to know before you fly, according to Ryanair reviews.

A favorite airline amongst study abroad students, Ryanair is the go-to airline for cheap flights around Europe. Ryanair is actually headquartered in Dublin, and their flights connect 37 countries with 225 destinations.

In the last few years, Ryanair has positioned themselves as the greenest airline in Europe. In 2019, they became the first airline in the EU to release their carbon emission numbers. Most recently, they've expanded their bases in Scandinavia, Greece, and Eastern Europe, with destinations like Riga, Stockholm, Corfu, Rhodes, and Zagreb.

While Ryanair flights tend to be cheaper than a lot of the competition, they also require you to deal with a few more logistics, and that can lead to mixed reviews. Ryanair often flies out of the off-the-beaten-path budget airports, as opposed to the city's main airports. This might mean you need to wake up a little earlier and get creative with your transportation schedule. But depending on the traveler, waking up half an hour earlier might be a small price to pay for the next-level flight deals you can score on Ryanair.

Before you book your flight, it's good to at least know what you're getting into. We looked through tons of reviews to find you everything you need to know about flying on Ryanair — and whether the inexpensive airfare is worth it.

The most convenient way to fly on Ryanair is with a Flexi Plus ticket. You'll have fast track check-in, priority boarding, two carry-on bags, and can reserve your seat in the cabin. The best perk? You can change your flight time, destination, and departure airport within a day of your original ticket at absolutely no extra cost.

Finally, Ryanair offers Family Plus — wherein your children fly free and you're guaranteed seats all together. Family Plus passengers get priority boarding, as well as two carry-on bags and two checked bags (up to 44 pounds each) included in their ticket price.

You can change your Ryanair flight up to 2.5 hours before departure. Ryanair will waive your change fee, but you will be responsible for the price differential of the flights.

As for cancellation, if you cancel within the 24-hour window after booking, you can get a full refund on your Ryanair ticket. Other than that, if you're cancelling a Ryanair flight, you will get charged a cancellation fee. Cancellation fees vary.

If the airline cancels your flight — for example, in the height of the COVID-19 pandemic, most Ryanair flights were canceled — you are entitled to a full refund.

Once your Ryanair flight is in operation, you cannot get a refund for it unless it's delayed by five hours or more.

The thing about an inexpensive plane ticket is that sometimes, your ticket fare is the base price, rather than what the flight will actually cost you. When you're buying a Ryanair ticket, make sure you consider the price after fees, rather than the initial cheap price of a flight. You might find that even after the fees, Ryanair still offers the lowest price, in which case it's still worth booking.

Ryanair's baggage fees can add up. Standard Fare and Flexi Plus tickets do not come with checked bags as part of the ticket price. Baggage fees for small bags (10 kg/22 pounds) start at €10 at booking but can cost €25 at the gate. Larger checked bags (20 kg/44 pounds) cost at least €25 at the time of booking or up to €40 at airport check-in. If your bag weighs more than 44 pounds, you'll get charged an overweight fee, which starts at €11.

Ryanair Plus and Ryanair Family Plus tickets include checked bags as part of their ticket price. You may still be subject to overweight fees or fees for additional checked luggage.

There are only two classes of boarding on Ryanair: priority and general. Those who have purchased a Plus or Flexi Plus ticket get priority boarding. You can also buy priority boarding and two checked bags as an add-on to your Standard Fare ticket. Everyone else will board in general boarding. Expect long boarding lines because there are only two boarding groups. It's best to arrive early to your gate to scope out the boarding lines. Depending on the airport, passengers will board directly onto the jet bridge, or will have to board a bus to arrive at the aircraft.

If you don't pay extra to select your seat, you will get assigned a seat at random. That means you may end up in a middle seat or split up from your group.

"Everybody in our party was split up in seats from [rows] 10-20 in middle seats even when booked all at same time. Other people on the flight said the same, and some people said this is regular and if you want to sit next to each other, you pay even if [the] seats [are] available," says TripAdvisor user Keith P.

The legroom does not necessarily feel luxurious, according to Ryanair customers. However, many passengers found the Ryanair staff helpful and the airplanes clean. Andy S., who reviewed his "cheap flight to Spain" on TripAdvisor says, "Pretty basic service but inexpensive so cannot expect more. Staff were friendly and helpful. Drinks and food could be purchased during the flight. Legroom was poor but I'm not tall so that wasn't an issue for me."

On TripAdvisor, Patrick K. from Dublin doubles down on that legroom assessment, saying, "Seat not comfortable and very little legroom. Started to get back problems after a couple of hours."

Lyn from Million Mile Secrets says, "The best seats on Ryanair offer 40 inches of legroom while the cheapest seats offer up to 30 inches. We chose standard seats. We were all comfortable, even my husband, who is 6 feet 3 inches tall, on this under 2-hour flight and felt it was similar to flying on Southwest."

Unfortunately, amenities and entertainment are non-existent on Ryanair flights. "There was no in-flight entertainment, and none of the food was free," says Ben Mack on Insider.com. "I could see why someone might not enjoy the flight if they didn't bring something to read or their own device." Mack, however, thoroughly enjoyed the flight experience on Ryanair, and advised travelers to bring their own snacks and entertainment. There are no TV screens or magazines offered on Ryanair.

Sometimes you have to fly out of the less convenient airport in order to cash in on the cheap flight deals. Traveling to a far-flung airport may cost you more time or money, and it requires you to be more on top of the flight logistics.

"The biggest downside for us in flying Ryanair was that their 'Paris' airport, Paris Beauvais, is an hour outside the city and not really in Paris. We had to take a special shuttle bus that runs from the main Paris bus station to the Beauvais airport for ~$19 per adult and ~$12 per child, which dropped us off at least a 10-minute walk from the airport. This all added time and cost, though it still was quicker and less expensive than our other options," says Lyn from Million Mile Secrets. 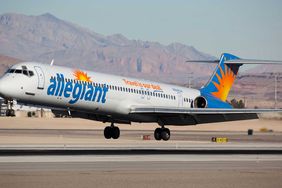 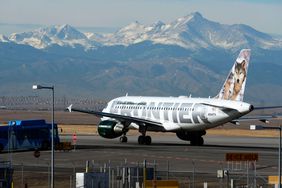