The new start date lines up with the Australia's vaccine rollout projections.

Qantas is looking to resume international flights by Oct. 31 — including to the U.S — four months later than the airline originally planned.

Qantas will resume flights to 22 of 25 destinations it served before the pandemic, including Los Angeles, London, Singapore, and Johannesburg. Certain cities — like New York and Osaka — won't resume immediately but will be accessible with codeshare flights.

The new start date lines up with the country's vaccine rollout projections however, the airline doesn't expect to see international service at full capacity until 2024.

"Capacity will be lower than pre-COVID levels, with frequencies and aircraft type deployed on each route in line with the projected recovery of international flying," the airline said in a statement on Thursday. "The Group remains in close consultation with the Federal Government around the reopening of international borders and will keep customers updated if further adjustments are required."

To help get international travel off the ground, Qantas said it was "assessing the use of digital health pass apps," including trailing both the CommonPass and International Air Transport Association (IATA) Travel Pass on their repatriation flights. Each of these apps have been proposed as potential vaccine passports to help jumpstart travel worldwide.

The move also follows Air New Zealand's plans to test out the IATA Travel Pass on flights between Auckland and Sydney.

While Qantas was forced to put its international plans on hold for the past year (and flew popular flights to nowhere over major sights like Sydney Harbor, the Great Barrier Reef, and the Australian outback), the airline hasn't given up on its plans to launch the world's longest flight from London to Sydney.

In the meantime, Australia said it doesn't have plans to exempt vaccinated travelers from the country's hotel quarantine requirement. 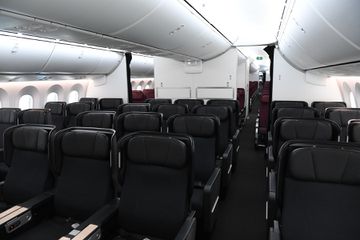 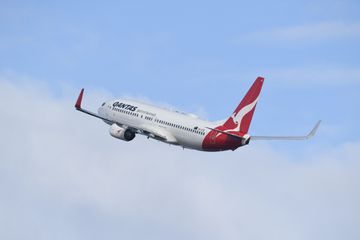 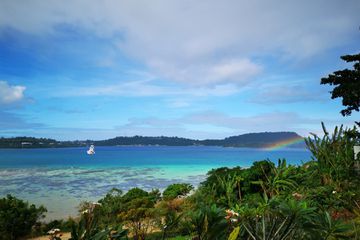