Qantas is proceeding on its epic long-haul flights test.

On Thursday, a 19-hour flight from London to Sydney took off from London Heathrow at 6 a.m. It is expected to land in Sydney at 11:45 a.m. local time on Friday.

Flight-tracking app, Flightradar24, is posting updates about the journey in a real-time Twitter thread, while the airline is also sharing their own Twitter updates.

There are about 50 people onboard the aircraft who are taking part in the 11,000-mile test flight. Called "Project Sunrise," the airline is testing not only the viability of the international regular service but the effect of long-haul travel on the human body.

The planned flight time is 19 hours and 17 minutes. In that time, passengers will have several meals served to them, planned intervals when they can participate in group exercises and a whole lot of in-flight entertainment.

Because of the long flight time, passengers aboard the plane will be able to see two different sunrises over the course of their journey with the second one occurring as the plane reaches Australia.

There are four pilots onboard, operating the Boeing 787-9 Dreamliner aircraft, which is aptly named “Longreach.”

The flight route is an interesting path that takes the plane almost due east from London. It appears curved on the map, posted by FlightRadar24, which is referred to as “great circle” or the shortest path between two distant locations.

The plane will fly over Russia, Kazakhstan and China before the flight path appears to turn south for Australia.

Earlier this year, Qantas began its testing with a flight between New York and Sydney. The airline will continue with testing and is expected to announce next year whether or not they will begin regular ultra-long-haul service. If so, the flights will likely start in 2022. 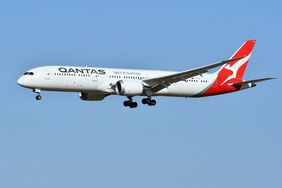 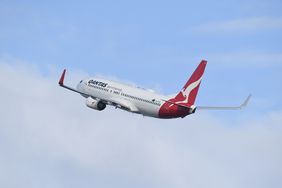 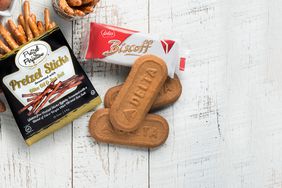 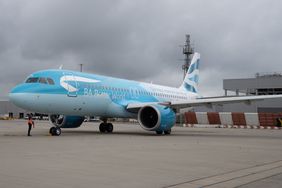 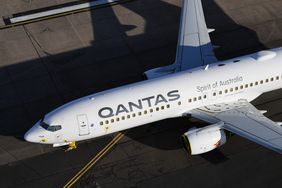 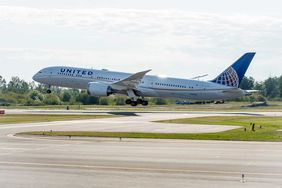