Pilots have their own language, designed to communicate complex messages as briefly and clearly as possible. With so many planes flying in the skies today, air traffic control (that's “ATC”) communications can get busy, and “pilot speak” helps cut out the noise.

Many terms are from the military and were standardized by the Air Force. Others are specific to commercial aircraft operations. Because English is the official language of aviation, all pilot slang is based on it, and ATC around the world understands the phrases.

As pilot Chris Manno explains, everyday pilot speak is not really what you might expect from watching movies.

“‘Roger’ simply means ‘received,’ or ‘I heard you’ — not ‘yes’ as Hollywood wants you to think. ‘Wilco’ means ‘will comply.’ We use the standard phonetic alphabet to avoid confusion,” he told Travel + Leisure. “Efficiency and clarity is the goal in military flight communications and should also be the priority in civil aviation. Ex-military pilots try to be as brief as possible.”

Manno says that some pilots with a civilian background can be a bit chatty, adding courtesies like “Good evening, Center,” to their standard communications which adds to congestion. As with any other job, newbie pilots may also be more enthusiastic.

“I think some pilots, especially new ones, might be prone to use aviation cliches — like saying ‘Roger that!’ — but most of us are over it,” he said. “I've been a pilot for 39 years and steer clear of ‘pilot theater.’”

And Manno has a word of caution for all of us civilians, especially if we monitor flights closely on flight tracking programs: “The problem for avgeeks and passengers would be applying a layman’s context to aviation conversations which are vastly different.”

The Secret Plane Compartments Where Pilots Nap on Long Flights

If you are tracking flights on an app, be aware that some of the messages sent out by planes are not as dramatic as they may seem. Still, it’s always fun to know more about aviation, so here’s our short-list of pilot terminology you may not already be familiar with.

Base: A crew’s (and plane’s) home airport. While planes fly back and forth to many cities, they are “based” out of a single location. Pilots and crew spend the night in many cities around the world, and they may call somewhere else “home,” but they are based out of a crew station that is in a different city.

Box: Electronic hardware onboard, including but not limited to avionics and the “black box.”

Black box: It’s not black but bright orange, and often not a single box either. These are the flight data and cockpit voice recorders which keep running records of systems and pilot communications during the flight. They are called a “black box” because the first modern version, invented by Finnish aviation engineer Veijo Hietala in 1942, was a single black box. It was used to record the performance of test flights for World War II fighters, and was then called a “Mata Hari,” after the seductive spy of World War I. The name fits. After all, the black box listens records and then reveals the flight’s secrets. The “Mata Hari” didn’t have a voice recording feature. That system was introduced in 1953 by Australian engineer David Warren. Changing the color to bright orange has made these critical systems easier to find when they are needed.

Cockpit: Also called a “flight deck,” it's the pilots’ office for the duration of the flight. And it has a great view.

Crosscheck: Pilots and crew checking on each other’s duties. There are standard procedures for all phases of flight and pilots need to know that crew have accomplished these. A great example is the crosscheck to de-activate the slides before opening up the aircraft door. Otherwise, it will inflate and can cause injuries or really expensive maintenance.

George: Pilot slang for the autopilot.

Go-around: Sometimes conditions aren’t right for a plane to land, so pilots will coordinate with ATC for another approach on the runway. They “go around” in the sky to try again.

Gone tech: A technical failure on the plane which will prevent it from flying.

The ICAO phonetic alphabet: Alpha, Bravo, Charlie, Delta, Echo, Foxtrot, Golf, Hotel, India, Juliet, Kilo, Lima, Mike, November, Oscar, Papa, Quebec, Romeo, Sierra, Tango, Uniform, Victor, Whiskey, X-Ray, Yankee, Zulu. The brilliance of this alphabet system is that it accounts for regional variance and accents. It eliminates confusion over whether someone said “B or V” “M or N” and it can also address interruptions in radio communications, “was that an ‘S’ or ‘Yes?’ There are standard pronunciations for the numbers too: ZE-RO, WUN, TOO, TREE, FOW-ER, FIFE, SIX, SEV-EN, AIT, NIN-ER.

Mayday: Not to be confused with the springtime celebration, this is a common international call for help. It’s not used exclusively in aviation — it can also be used at sea. Mayday has its origins in aviation, though, and is rumored to have been developed by Frederick Stanley Mockford, senior radio officer at Croydon Airport back in 1923. It was used for flights over the English Channel between England and France. The word is related to the French phrase “m’aidez” or “m’aider” which mean ‘help me’. Mayday was preferred over SOS for verbal communication because it’s easier to understand. The letters in SOS don’t stand for anything: They only represent the Morse letters — dot-dot-dot (S), dash-dash-dash (O), dot-dot-dot (S) — a combination which stands out from other Morse messages.

Met: Short for meteorological conditions. In other words, “How’s the weather?”

NOTAM: A “Notice to Airmen,” issued by an aviation authority to alert pilots and airline dispatchers of potential dangers in a flight route, or to changes in permitted flight routes.

Report time: The hour at which crew are expected to be a the airport and ready to start work.

Vector: Despite what you might remember from “Airplane,” the movie, this is not easily confused with “Victor.” Vector is a mathematical concept which represents a combination of the heading — that is the direction of the plane — and the speed of the plane, formally referred to as “magnitude.” Magnitude is affected by wind force, so pilots consider ground speed (how fast the plane is moving relative to the ground) and air speed when calculating the vector. If you’re into mathematics, the Royal Academy of Engineering has all the details.

Zulu time: This term for time is military in origin. It refers to Greenwich Mean Time (GMT), the baseline of international time zones. It’s “Zero hour” and “Zero” starts with “Z” which is “Zulu” in the international phonetic alphabet. This baseline time-zone is also known as Coordinated Universal Time (UTC) and may appear in reservations as UTC plus or minus the time difference.

Morse code: Pilots and air traffic controllers (ATC) are also familiar with Morse Code. It can help them exchange messages in situations where other communications methods might be compromised. 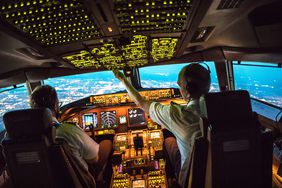 Why Pilots Are Always Calling Everyone 'Roger' 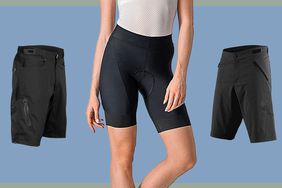