Why the United States Doesn't Have a National Airline (Video)

And what it means for the countries that still have them.

For some travelers, an airline is irrelevant; flight prices and schedules carry more weight than reputation or livery. But for others, an airline is an introduction to the destination, and a crucial part of the journey.

Flag carriers in particular are known for presenting a nation's cuisine, flaunting the pennant colors, and presenting a distinct approach to hospitality.

And yet the United States — for all its patriotic-sounding (United) and red, white, and blue (American) airlines — does not have a national airline.

Related: The Best Airline Gift Cards to Give Every Type of Traveler

What Is a National Flag-carrying Airline?

Singapore Airlines is an exemplary flag carrier for Singapore, in both the financial as well as the symbolic sense.

For starters, the Singaporean government owns a majority share of the airline, making it a true national airline.

According to Tracy Stewart, editor of the airfare deal site Airfarewatchdog.com, flag-carriers are "international [airlines] that are subsidized or owned by the country in which they are registered."

But the Singapore-based carrier is also a national airline in the sense that it transports travelers to the Lion City long before lifting off the tarmac. Travelers have come to look forward to the meal service, which features traditional cuisine like pak choy, and the unflappable flight attendants (the iconic Singapore Girls who don customary sarong kebayas).

"As a flag-carrying airline," the airline's head of marketing, Kim Thipe, told T+L, "we understand that we represent people's first and lasting impressions of South Africa."

But in many cases, Stewart added, "flag carriers seem to exist purely for the sake of optics, as a means of showing the rest of the world that a country has a seat at all the right global hubs, flag splashed across the fin. Countries like Greece and Belgium have managed just fine in the years since they scrapped their flag carriers, and we'll probably continue to see more countries do the same in the years to come."

Like those aforementioned European countries, the United States has also done away with a single flag-carrying airline. Despite boasting names like American and United, none of the domestic U.S. carriers are true flag carriers — though that wasn't always the case.

What Happened to the U.S. Flag Carrier

"Prior to World War II, the U.S. had a de facto international flag carrier in Pan American, which tried to retain that position postwar," Perkins explained. "Instead, [the] U.S. government opted for competitive airlines."

After the deregulation of airlines in 1978, which officially removed government control over fare prices and routes, competition between airlines increased. And while fares dropped, airlines multiplied, and routes expanded, the United States turned from a single national carrier to favor a number of domestic and regional airlines. 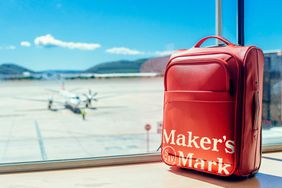 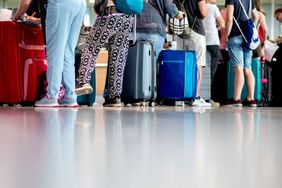