Ensuring all passengers get fresh, comfortable cabin air is understandably complex. But airplane manufacturers have spent decades mastering the science.

Planes fly in conditions that are inhospitable to life. Outside temperatures can vary from -68º Fahrenheit to as low as -85º Fahrenheit. Outside the aircraft, pressure at 35,000 feet is only 3.47 pounds per square inch of absolute pressure (PSIA), compared to 14.67 PSIA on the ground.

Boeing’s Dr. David R. Space, an associate technical fellow in the Boeing Commercial Airplanes Environmental Controls Systems group, explained that aircraft air systems are designed to keep cabin pressure at a suitable level for humans, while ensuring that the air we breathe is fresh and that the temperature is comfortable. These processes are interrelated.

Cycling air through the cabin builds the pressure we need. Airplanes work on a 50/50 share of internal and external air, and the air is never static.

“The outside air portion comes into compressors and is compressed to a density which makes the oxygen safe to breathe," Space told Travel + Leisure.

"That process makes the air hot, so it has to be cooled. The air then flows into a big chamber called a mixing manifold, where it’s mixed with recirculated air from the cabin, after that cabin air has been through a specialized HEPA (high efficiency particulate air) filter. The mixed air then travels through air ducts on the plane, from back to front, and to connecting ducts, where the ceiling meets the sideboard. At the same time, air leaves the cabin through return air grills, where the cabin meets the floor. Half of the cabin air is dumped overboard, keeping a continuous flow of air.”

As Space explained, the rate at which the air is dumped creates pressure in the cabin. The exchange rate of air in the cabin is higher than most other environments, like our home, office, or most other public spaces. “There are between 12 to15 air changes in an hour and 25 to 30 cycles through a HEPA filter,” he said.

The filters used to clean airplane air are of the same quality used in operating rooms. These HEPA filters can capture very small particles, including the majority of viruses and bacteria. The outside air is naturally sterile, because of the atmospheric conditions at altitude.

Cabin air management systems are even more sophisticated on modern aircraft, like the 787 Dreamliner, where the pressure is lowered to equal 6,000 feet of altitude. That’s a far more comfortable 11.78 PSIA, which also helps alleviate the fatigue we feel from flying.

When designing the air system for the Dreamliner, Boeing worked with the Technical University of Denmark, one of the world’s top institutions for the study of air quality, to find the best way to “scrub the air” onboard while avoiding irritation to eyes and the respiratory system.

Keeping a comfortable temperature in the cabin depends on a number of factors, and is managed automatically by aircraft systems. Temperature and humidity are largely affected by the number of people on the plane. Bodies emit heat and humidity, so the more crowded a cabin is, the more the aircraft air management system has to adjust for those factors.

Outside factors, like the amount of light coming through cabin windows, or if the aircraft was parked in the sun before take-off, also affect initial cabin air temperature.

Flight crew calibrate the aircraft for the number of passengers onboard each flight, ensuring that the air management system can accurately calculate the temperature requirements for each zone of the plane, based on occupancy.

Pilots can also control these systems in-flight, but Space noted that they very rarely do. That’s because changing the overall temperature setting could make some onboard less comfortable. The cabin air management systems are programmed to naturally balance cabin air temperature.

These systems are also designed to deal with a challenge that is unique to airplanes. Most passengers are sedentary in-flight, which means they have a lower metabolic rate, and are more likely to feel cold. Flight attendants, however, are working constantly, pushing carts back and forth, for example, which is likely to raise their body temperature during the flight.

To adjust for these two extremes, air blows through the aisles first, giving flight attendants cooler air, while avoiding a draft across the cabin and keeping passengers comfortable.

Of course, certain individuals may be more prone to feeling warm or cold, which is why we get those handy overhead nozzles. The air coming through overhead air vents is the same purified air distributed to the rest of the plane — but the nozzles have special boosters which help increase the individual airflow. In effect, they are mini-fans, which do incredible work to ensure every passenger has a pleasant flight. 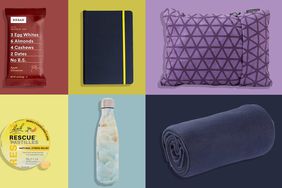 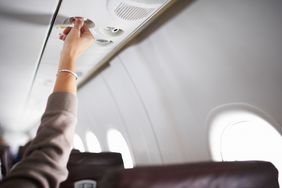 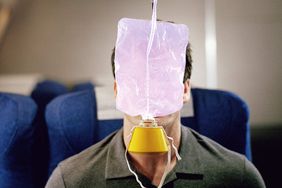 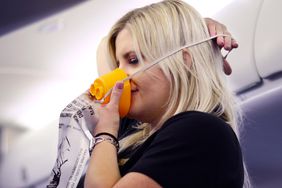 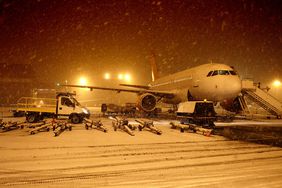 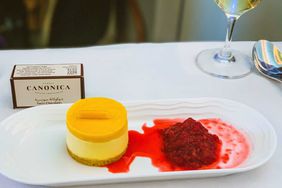 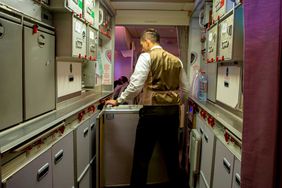