Delta Is Planning to Have Free Wi-Fi on Flights

Delta Air Lines may offer free onboard Wi-Fi as soon as one year from now, its CEO revealed.

Delta CEO Ed Bastian said in an interview with Barron’s this week, “Our goal is to make Wi-Fi free with high-speed quality.”

But don’t expect free web browsing on your next flight. Bastian went on to say that it will likely “take another year or two to make that happen.”

However, the CEO seems fully committed to the idea. In addition to the interview, he mentioned free Wi-Fi at a conference in New York City. “I don’t know of anywhere else, besides in an airplane, that you can’t get free Wi-Fi,” Bastian said on stage last week. “We’re going to make it free.”

Delta has offered free in-flight messaging on mobile devices since 2017, allowing guests to communicate via iMessage, WhatsApp, and Facebook Messengers. At the moment, it costs $16 per day for Wi-Fi when traveling Delta throughout North America. Travelers can also opt to pay $599.99 for an unlimited annual pass.

The airline is undergoing massive changes over the next few years. In addition to free Wi-Fi, Delta also plans to update a third of its fleet by 2023. Its oldest aircraft are due to be retired by the end of next year, according to Barron’s. Delta is also investing $12 billion to upgrade its terminals, including Los Angeles International and New York’s LaGuardia airports.

Currently, the only U.S. airline that offers free onboard Wi-Fi is JetBlue. The airline’s free Fly-Fi kicked off in January 2017 and is available on all flights over the continental U.S.

Some airlines, like Qatar Airways and Philippine Airlines, offer free Wi-Fi, but it’s limited by time or data usage. Others like Turkish Airlines and Scandinavian Airlines offer free Wi-Fi to frequent fliers as a perk. 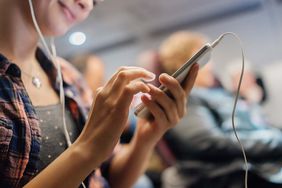 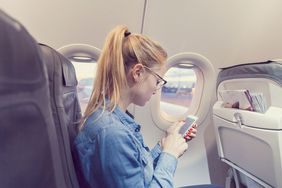 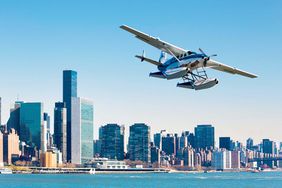